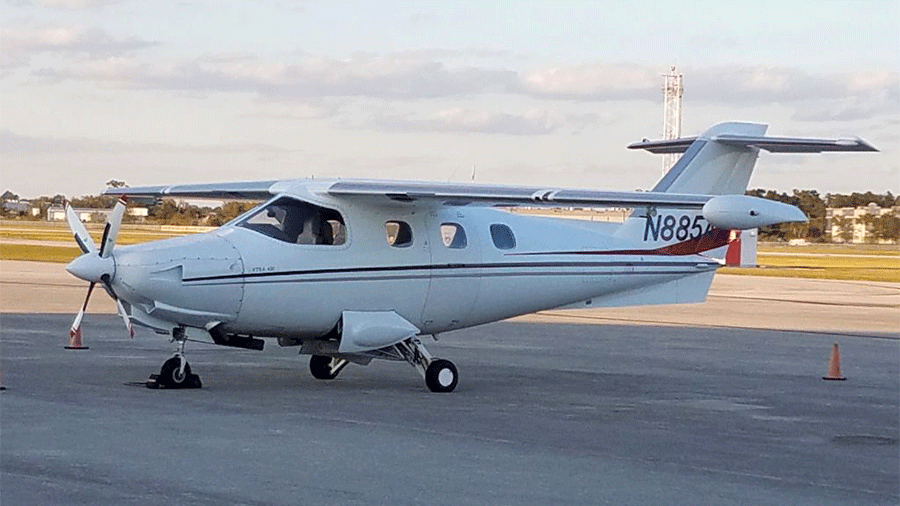 Our Extra 400 was donated to us last year and we’ve been waiting for it to be ferried to our hangar at KSUS so we could perform the annual inspection and install ADS-B. For a bunch of reasons, that just hasn’t happened (other priorities, COVID, finding an experienced 400 pilot, coordinating schedules, etc) so we’ve decided to sell it “as Is, Where Is”. We have had our chief pilot and A&P/IA travel down to Shreveport twice to check it out, take photos and perform a ferry flight inspection (it’s ready to go). The airplane has been moved to a shadeport since the photos were taken.

For those that are unfamiliar with the Extra 400, it’s a really neat plane; all composite (very strong) and technically advanced (liquid cooled engine – to avoid shock cooling), pressurized, air-conditioned, and fully de-iced. Its competition is the Cessna Pressurized 210 and Piper Malibu. The 400 cabin is larger than both. Unfortunately, it is a “double orphan”, the airframe manufacturer has gone bankrupt (only 27 400’s were built) and Continental has stopped supporting their liquid cooled 550 Voyager engine. For this reason and the fact that it is not annualed or been equipped with an ADS-B transponder, we are selling it for $100 – $150K less than competitive aircraft.

During the Ferry Inspection, the aircraft was jacked and the gear was swung. Normal and emergency gear extension were fine. We did compression checks (78,76,78,76,78,72) and borescoped the cylinders (no issues found). We ran the engine run; Prop control and mag checks and engine indications were normal. The avionics operated normally. The interior looks good. The battery was brought back to St Louis so we could keep it charged. We do have the Maintenance Manual for the plane.